Thoughts From The Night You Said Let's Be Friends

Two years ago I had a romantic relationship end that had popped up between myself and a good friend.  The ending was absolutely the best thing, but something being best doesn't mean it is the easy thing.  I wrote quite a bit over the following days and this script comes out of the general ideas from that writing.  When I was asked to write a performance to submit for a 10-minute micro-festival I instantly knew I wanted to go back to those journals and work them together into a single script that read as if it was the stream of consciousness from an evening where one can't sleep. The script was initially accepted but the idea for how it was going to be used within the festival changed and I never got to perform it or see it performed.

So oddly enough with it being almost two years since that relationship ended it was weird to me when the script turned up while searching for something unrelated in Google Drive.  Distracted from what I was intending to find I read the script again and personally, I still think it captures the emotions of something romantic ending that wasn't really defined.  I decided it was time to go ahead and post the script here in case anyone else would like to read it. 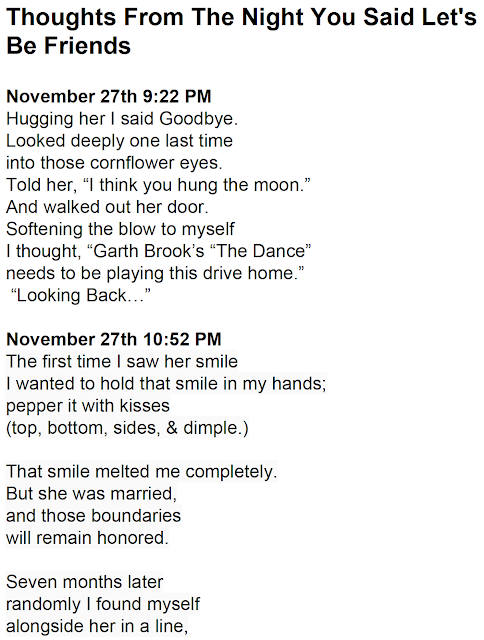 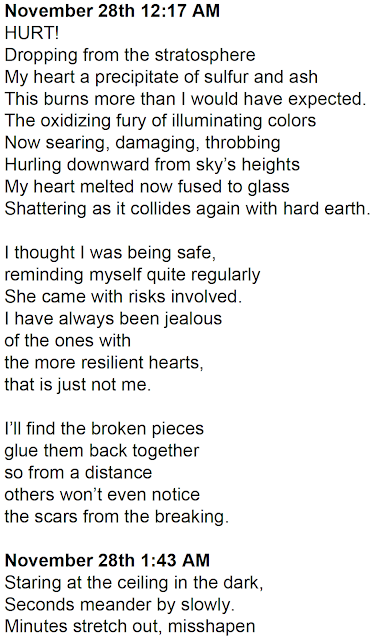 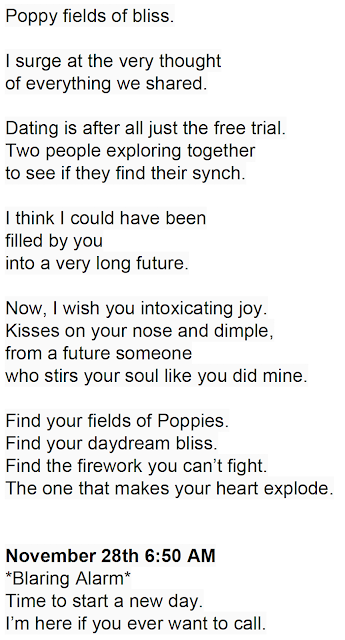