I know there are many who claim listening to audiobooks does not count as reading.  I personally object, given the fact that I spend a great deal of time commuting between home in the St Louis area and work in the Chicago area this is the only way I get to read quite as many books a year as I do.

I am very ecclectic in my listening, with titles coming from philosophy, politics, economics, science. and fiction.  Although I have enjoyed most everything I have read this year, this favorites list seems to lean heavily toward fiction.


This title is the only nonfiction to make my favorites list.  Dan Savage is quoted as saying, "Sex At Dawn is the single most important book about human sexuality since Alfred Kinsey unleashed Sexual Behavior in the Human Male on the American public in 1948." I really would not disagree with him.  While tasked academically with bringing together evolutionary biology, cultral anthropology, and excelent archeology, the book manages to remain entertaining.  I enjoyed this book so much, I listened to it second time along with my teenager, because I felt that it's message was that important.


Definitely the oldest title on this list, and in many ways the one I do not how I had never managed to read previously.  I am a huge fan of both Tim Burton's movie adaptation and Andrew Lippa's musical adaptation, and still I had never read this source text for both those amazing works.  I am so glad that is no longer true.  Wallace tells a story that is too much to be believed, with emotion that is too real to not be felt.  I can truly say that this book, the movie, and the musical are all masterpieces.

#3 - Zane and the Huricane - Rodman Philbrick


This is a story of a mixed race middle class yankee who due to an unfortunate set of circumstances finds himself stuck right in the middle of the Huricane Katrina tragedy.  This story is powerfully character driven, and each principal member of it's cast becomes a cause whose sucess you are cheering for.  Although this title, like the one beneath it is sold as young adult fiction, there is no need to be young at all to be affected by the wonderful narrative this author uses to expose the conflict of race and class faced in the aftermath of the tragedy.


Unlike every other story on this list The Night Gardener does not have any point to make on social issues.  Instead, this book is just great storytelling at it's best.  I want the author to tell me a bedtime story every night.  In many ways, I would compare the "fright" factor of this book to M Night Shamalyan's "The Lady In The Water."  In this way the story seemed suspensful enough to hold it's youth audience as horror, and yet never crossed a line where that audience would be troubled with resulting nightmares.


My only regret with this title is that I did not write a review the day I finsihed reading it.  I can not say enough positive things about this work.  To look at the bibliography of Neil Gaiman's work and believe that any title could be better than The Sandman and Coraline is a tough claim to make. Yet I will unequivocally state, that this is Gaiman's best work.  What I enjoyed most about this book was the writing voice Gaiman chose.  In many ways it felt like I was listening to young adult fiction, and yet this story, and it's moral message is clearly aimed at his adult audience.

Although Ocean at the End of the Lane was not able to dethrone Lois Lowry's "The Giver" from it's number one spot as my all time favorite story. I do feel I can safely say that after finishing "Ocean" Ursula LeGuinn's "The Dispossessed" had to move back to the bronze medal seat of my favorite novels.

I would encourage anyone to read any or all of these great books.  Each were magnificent gifts rom the authors.
Posted by Kevin J Bowman at 6:19 PM No comments:

A Word For Baltimore!

When the people of this country share equal access to academic and economic opportunity; then we will sit quietly. 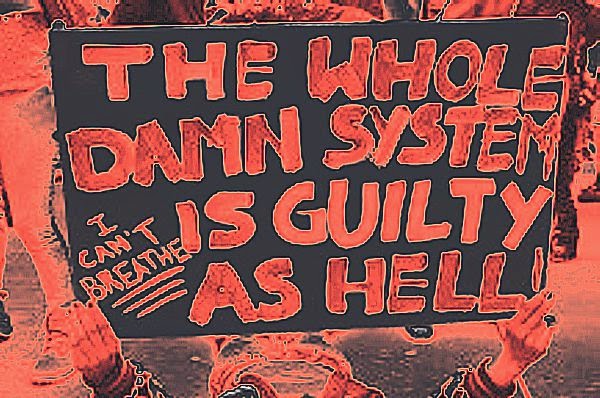 When the people of this great nation share one justice system and that system seeks justice, then we will gather peaceably.

When the people of this country recognize the wounds of systemic disenfranchisement are not mended by apologies and new laws, then we will no longer need to shout the classic anthems of liberation.

But today is not that day and today we scream.

We cry out for the voiceless ancestors who were beaten till they cried out no more.

We interrupt your comfortable life for those who have been cheated of the chance of justice.

We agitate alongside those generations of agitators who never saw economic and academic parity.

The Power is the problem! The People must be the answer!

Disunity is the weapon of our captors, interdependence must become the salve of our liberation.
Posted by Kevin J Bowman at 8:51 PM No comments: