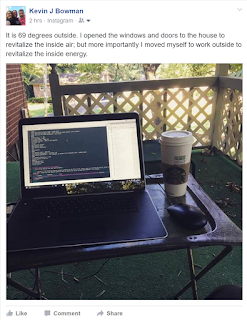 "Everything is balanced and serene.
Like chaos never happens if it’s never seen."
-Fun Home the Musical
Posted by Kevin J Bowman at 12:24 PM No comments: