Galbraith Is Magic - The Cuckoo's Calling

In life we find oursleves in the prescence of magic.  As we read we discover this magic too.  As I was travelling to and from Chicago this week I decided to listen to an Audible recommended read.  This is a new author, and am I ever glad the algorithms that be thought I would enjoy this book, because oh boy did I ever.

Cukoo's Calling is just another murder mystery, with just another Columbo hero.  Although the actual story was only average, a good mystery with a good twist ending; there was something in the writing style that made the book special.

Rober Galbraith had a very rare talent.  He writes with cadence.  There is a magic to his style, it is like a well directed play or movie that moves along with a pace that is clearly designed to entertain and evoke a precise emotion at a precise moment.  In many ways I use this word magic precisely be his writing moves with the same sene of direction and levity that I first fell in ove with reading the Harry Potter novels.  In many ways it seems as if Galbraith grew up reading the Potter novels and has taken the magic of Rowling's unique style and applied to a story of murder and mystery.

I am definitely looking forward to reading more by Galbraith.  The story clearly leaves room for more.  I encourage everyone I know who loves to read to enjoy this book.  I think we as readers are going to need to have a lot more oppourtunities to enjoy his work. Let's hope that is made possible by the monetary success of his debut work.

Posted by Kevin J Bowman at 9:22 PM No comments:

I have seen so many comments about the #Trayvon Martin jury. There is disgust, disappontment, and outrage at the verdict. I do not feel the jury is to blame for the injustice of this young man's life. The injustice lies on the system and authorities in this community.
The police who valued a young man so little because of the color of his skin that they sent Zimmerman home that evening are to blame. The Attorney General who charged Zimmerman with "Murder 2" knowing no jury could meet that burden of proof is to blame. The judge who allowed the young man's THC blood count to be admitted as evidence is to blame.
Blame for the injustice lies firmly in a local government who had no concern for the life of Martin at all.
Even if Trayvon did "throw the first punch" it was because he was being chased down and harassed by Zimmerman. This does not make Martin's actions right, but Zimmer 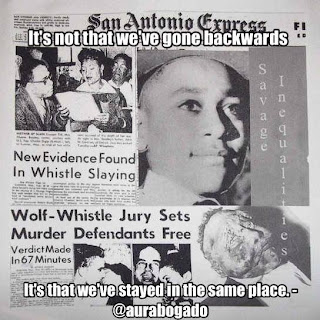 man's vigilante antics were the source.  The system which conspired under pressure to present nothing more than judicial theatrics never intended Zimmerman any harm.
The injustice of this event is not the verdict itself, but the systemic endorsement Zimmerman's bigoted assumptions which led to his vigilante encounter with Martin and therefore ultimately to Martin's death.
The injustice is ultimately that white people feel that racism isn't an issue and that we as a culture need to move on. So long as it is acceptable for neighborhood watch captains default assumption at seeing a young  black man to be suspicion, we are not living in a post racial world. The greatest injustice is that white people  can not hear the cries of their black neighbors and would rather cross on the other side of the road.

Posted by Kevin J Bowman at 4:05 PM No comments: 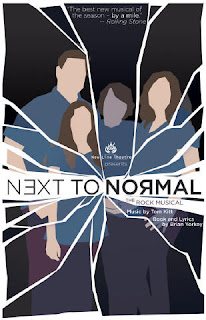